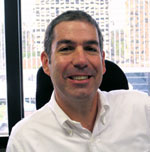 Andy graduated from the University of Wisconsin in 1982 and Washington University School of Law in 1985. After receiving his Missouri law license and practicing for a short time, Andy managed the St. Louis franchise of a national temporary accounting staffing service for two years. He later pursued his Ph.D. in Political Science, also at Washington University, and completed it in 1996. His work on the U.S. Supreme Court was published under the title Solving the Puzzle of Interest Group Litigation.

After teaching Constitutional Law and American Politics for two years, Andy returned to St. Louis to begin JurisTemps in 1997. Besides his work with JurisTemps, Andy manages to find time for his wife and 5 children and to serve on the Board of several community organizations. 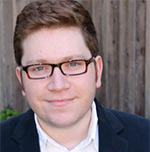 Corey joined JurisTemps in 2017 as a Recruiting Assistant. In his role Corey helps source, recruit and market legal professionals for temporary and direct-hire opportunities. He is a graduate of Central Methodist University, earning a bachelor’s degree in Public Administration. Prior to JurisTemps Corey has worked at both local independent and national staffing firms. In his spare time he performs stand-up comedy, improv and sketch. He is also a founding member of a local non-profit organization. 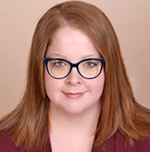 Deane joined JurisTemps in March of 2020 as a Legal Recruiter. She joins JurisTemps after spending two and a half years recruiting for a local AmLaw 100 firm. Prior to that, she worked as a paralegal. With a background in recruiting and as a paralegal, Deane brings both experience and expertise to the JurisTemps team. She is a graduate of Greenville University, earning a bachelor’s degree in Music and Business. Deane also has a paralegal certificate. For fun she enjoys going to concerts, playing the guitar, and learning to play new instruments. 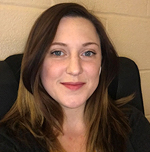 Stephanie joined JurisTemps in February of 2020 as the Office Manager. She has extensive knowledge in business operations such as onboarding, office management, human resources and payroll. Prior to JurisTemps, Stephanie worked at a local counseling agency as the office manager in addition to working part-time at a non-profit veteran’s program. She is currently pursuing her bachelor’s degree at the University of Missouri, St. Louis. On the weekends, she enjoys reading and hiking with her husband, son and two dogs.

We offer the highest quality temporary, temp-to-hire, and direct hire recruiting services to the St. Louis legal community. We refer only the professionals who meet your needs.

Since 1997, JurisTemps has been networking the contacts you need to land your next position in the St. Louis legal community. Confidentiality guaranteed. No job seeker fees.

We'd love to hear from you! We return our calls and respond to all inquiries.